Koko has passed... our loss.
/koko-gorilla-famed-for-using-sign-language-and-crying-over-pet-kitten-dead-at-46/

Here is a reprint of an earlier article.


Koko was sad when told that Robin Williams, an acquaintance of hers, had died....What? was TOLD? Yes, Koko knows sign language.  (video below)...
Apparently, Koko had become despondent over the death of a life-long friend. Robin Williams managed to make her laugh for the first time in 6 months. 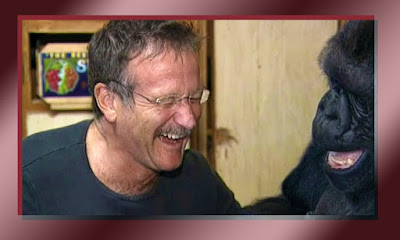 When i was young,
i learned about Koko. It was a fabulous thing. (Thank you, wise teachers...)
This Gorilla painted pictures of things she liked!
This is a picture of a dog who ran and played with her: 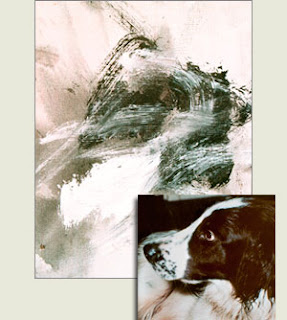 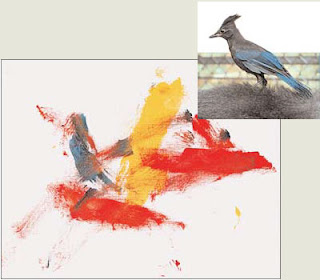 She picked out out prospective mating partners from videos, like a dating site...
She ran and played with kittens and dogs, forming interspecies relationships -- other than her relationships with us humans.
Her own pet kitten --tailless--
she named All Ball. 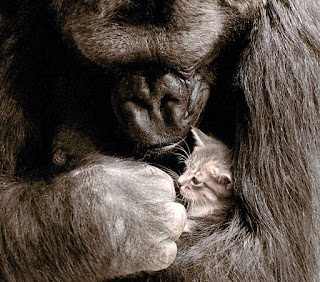 Here she is playing with her own little kitten pet.
Warning--
there is deep emotional moment here.


Koko made the news tonight.

Here is the story and video of Koko adopting two kittens.

Now. If you can bear it-- watch this very short video of what gorillas do to us, and what we do to gorillas. 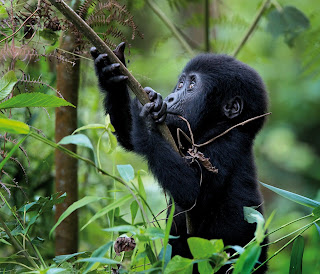 
One of the most heartbreaking and horrifying acts committed by humans
is the torture or killing of
sentient beings.
Animals such as elephants, horses, all the higher mammals--, who have memories, emotions, families---
that we can treat them so despicably is beyond bearing at times. That we treat even the lower animals poorly reflects on us as well. We all walk about manifesting ourselves. ( The one minute at the end of The Urban Gorilla above--especially in light of the first minute--shows very clearly that the human being, capable of the highest good, is also capable of the most deplorable evil. )

However, to treat such tender and loving animals as, say, elephants, who exhibit deep family ties, who mourn their dead, who are traumatized by loss-- as if we are monsters, and they are nothing--or really, as if they are our hated enemies!
--surely will be one of our greatest shames we will bear before God the Creator Almighty, when all things are bathed in Light.

This is merely a prelude to ask you to look at the destruction of Gorillas in the Congo. Yes, The Congo is surely in the crosshairs of Satan:  http://marysbeagooddogblog.blogspot.com/search?q=congo

Nonetheless, if you will spend two minutes researching what happens to gorillas there you will drop to your knees and pray for ....something.  Peace?  Destruction?

That all things be made new...

You can start here:

Destruction of the Giants


Warning.
If you google:, Congo Gorilla Slaughter  and hit Images, you will weep for a long time. 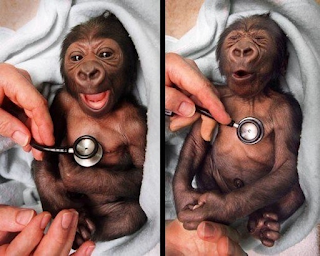 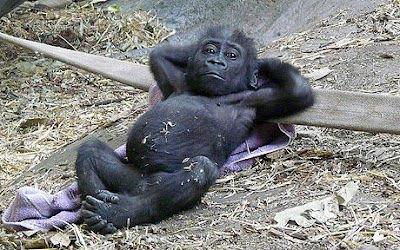 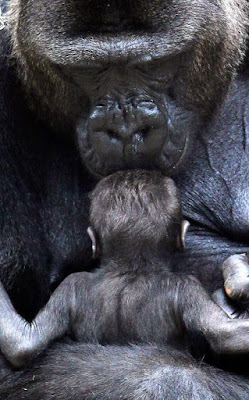 The situation with elephants HERE: 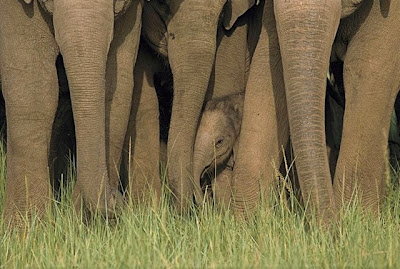 Here is a large collection of respect for animal life quotes, with some wonderful pictures.

We have enslaved the rest of the animal creation, and have treated our distant cousins in fur and feathers so badly that beyond doubt, if they were able to formulate a religion, they would depict the Devil in human form. ~William Ralph Inge, Outspoken Essays, 1922

Mahatma Gandhi: "The greatness of a nation and its moral progress can be judged by the way its animals are treated"

From beasts we scorn as soulless, In forest, field and den, The cry goes up to witness The soullessness of men. ~M. Frida Hartley 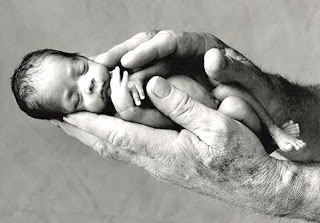