Ponder Your Death, the Contrails of Life; Steve Jobs on Time Magazine and the Story of a Turtle 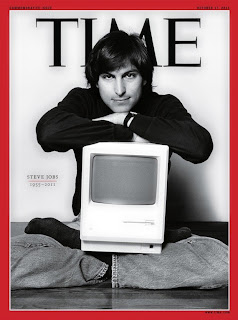 What will be the contrails of your life? Steve Jobs pondered his Upcoming Death, a task not one of us should ignore, would there be any wisdom or growth in us--
He specifically
nodded to us the wisdom of considering our common destination of death- as inspiration.
The quote is from a commencement address
at Stanford in 2005, which you can read
or watch in its  entirety here

Steve Jobs said, "No one wants to die. Even people who want to go to heaven don’t want to die to get there. And yet death is the destination we all share. No one has ever escaped it. And that is as it should be, because Death is very likely the single best invention of Life. It is Life’s change agent.

It clears out the old to make way for the new. Right now the new is you, but someday not too long from now, you will gradually become the old and be cleared away. Sorry to be so dramatic, but it is quite true.
Your time is limited, so don’t waste it living someone else’s life. ... Don’t let the noise of others’ opinions drown out your own inner voice. "
A Something from yesterday.
Let me tell you the story
of the turtle.
It started yesterday on a busy 5 lane.
click pics to enlarge 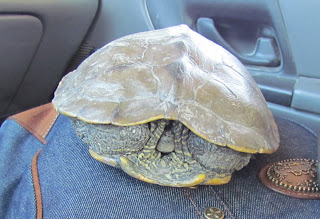 Have you heard of Tuttle Creek Blvd.?
as i drove down this newly widened highway which was once
Wild ish but now is surrounded by construction, development,
and big trucks carrying chickens

I saw something that was Intelligent Design ish or
Not a piece of trash or
Spectacularly Evolved right in the middle of the road.
I saw a head retract.
The disc-y sphere was putting off a wonderful morning light glow, the light refractions which come off of something living and rich, dense with karmic power and energy. A big turtle (!) and in the way of everyone.
Everyone in giant 3 ton hurtling rollers of metal.
Would the humans, each and every one,
in the silence and disconnectedness of their separate cars figure it out? 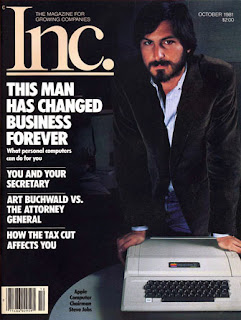 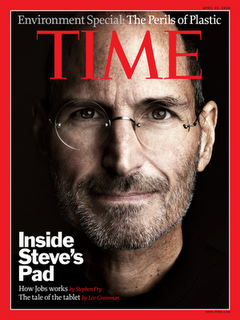 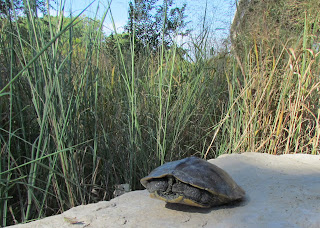 Would the occupants in each car realize
A Stunning Bit of Life was trying to make its way past an impossible obstacle course, (and only to land in a huge parking lot of heavy traffic? ...
All it would take was one little sociopath, one cruel sensation seeker who used the desire for excitement in an aura of evil...
There was no way to stop.
I drove by, slowing down and swerving Largely
to signal to those behind me, Something is HERE! Lookout!
What to do?
is it possible that i could turn around, go back, and find the turtle alive, get a gap in the traffic, jump out of my truck on the highway, grab the turtle, and take it to the sandy riverside?
Yes,
Violate the Carlos Castenda admonition about the caterpillar?

It is a new age.
Don Juan, This turtle needed a ride, not a philosopher...
So, 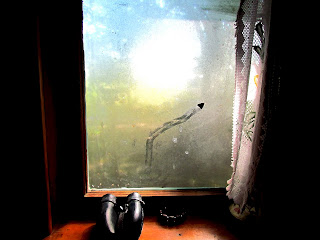 I made the attempt. I had a tangible layer spiritual focus as i tried to find a way to make a U-turn, a turn-in, a turn-around. I was thwarted, as they say, at every turn. No entry, no exit.
I finally made it back and begain driving very slowly as i approached the location.
Please!Please let my eyes find what they seek!
Do not let the awful scene appear. What will it mean if The Awful scene appears? How will i rationalize, or score, to help my heart bear it?
There. The bump in the center of the lanes approaching. I drive slow, slower. i hog the left lane. As i arrive, there is no red color, there is no strange shape, or movement either. There is a strange band between my heart and the lane of the highway.
Suddenly, there is no traffic.
No vehicles in sight from either direction. I pull up, throw on the brake and a blinker, jump out, grab the Sweet Prize and jump back in.
Although everything is pulled tightly inside the football-sized shell, everything looks intact!  I drive. 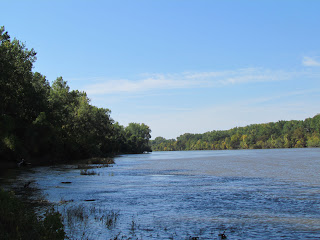 I make it to the river, but no face emerges.

I pick up the sweet thing and touch here and there.
Like a very scared creature, the eyes are shut, the head and limbs respond by withdrawing from my touch.
if i curl into a tiny ball no one can see me,
no one can hurt me?
I am reminded of therapy clients who have been so hurt and maltreated it will take many moons for them to emerge. Because they are normal.

Because they are smart or competent or alive or real.
Because they are sensitive and intelligent, they stay curled up tight for a long time after the Massive Threat, the big betrayal, the
huge violation.
Yes it is passed.
Still the turtle stays inside.
I carry it down to the sandy riverside. The sounds are now the sounds of wasps and river, life and birth, of eternal rhythm. The smell is of milkweed and wet wind.
I want to stay, and see the emergence. But after a few minutes i leave the Turtle alone, to its own time and space.

There might have been a small crack in the top shell.
The bottom may have had a thin pink line, a possible injury, or maybe just history? Please be OK. Please just be scared. Please let these be old wounds.
It is the perfect spot, and i leave. 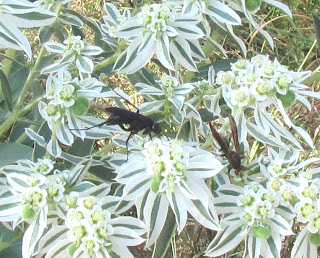 This morning i went to see.
The turtle was gone.
Evidence of a risen tide, wet sand where there had been dry.
Some movement, water, leaves,
had the turtle become calm, centered and made its way away?
Had the tide shocked it into movement?
I Walk away A sense of joy,
nothing in sight. 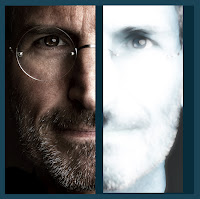 and barely noticing the repeated indentations in the sand
like water washing away soft spots, turtle trails, or

the footsteps of a dozen vultures,
softened by the gentle tides of the river as the night passed?
softening my interpretation of the disappearance.
She left relieved
with
one particle of discomfort rattling around inside,
wondering which was better between
Life and Rescue and the joy of finding oneself alive and out of danger
one more time
and
or
The Eternal Cycle of Life and
the miraculous changing
from reptile to bird
from birth to death, emerging into a new Space. 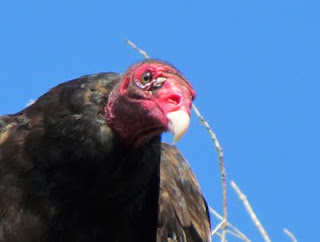 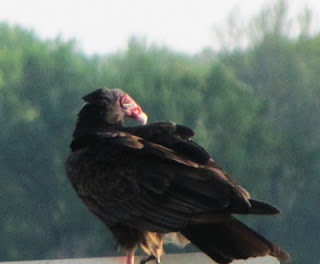 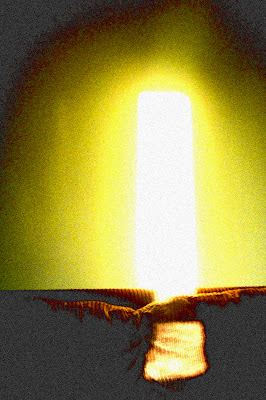 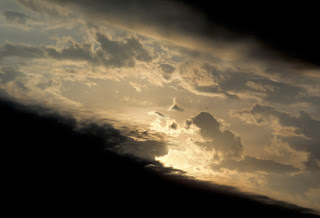 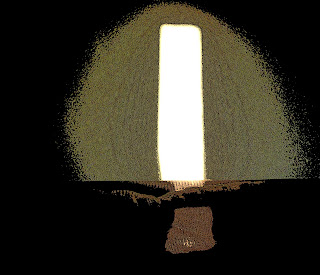 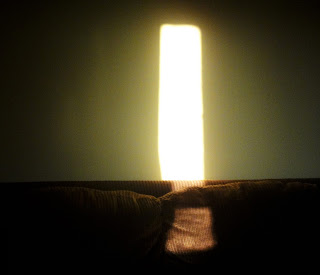 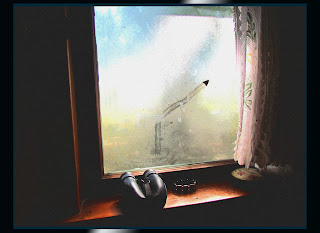 Two sides of the face of Steve Jobs

Research about the two sides of your face:
right side, public, left side private emotions?
entire article : People Are Really Two-Faced  HERE
excerpt: "...  Portrait painters
and photographers know only too well that the human face is asymmetrical; wrinkles and eyebrow movements vary, and the smile usually breaks from one side to the other. What is more, each side seems to express a different feeling. This phenomenon can best be shown by first covering one half of the face in a portrait, then the other.

In most cases, the right side of the subject's face
(on the viewer's left) appears pleasant or blank; the left side looks worried, fearful or even a bit sinister. The difference is even more pronounced when a composite face made of two left sides is compared with one composed of two right sides.  (i found  examples of this HERE and  HERE and HERE)

... Psychologist Werner Wolff of Columbia University suggested in the 1940s that the right side is the "public" face, and the left the "private," registering emotions that are not intended to be conveyed. Yet this strategy of "hiding" unacceptable emotions on the left side of the face could be effective only if the public side had far more impact on the viewer. Wolff found this to be so; after studying the faces of others, subjects in his experiments noted that the right side of the face looked more like the whole face than the left side did. But Wolff could not explain why.

Now a team of psychologists thinks it has the answer....
...when two people stand face to face, the right eye of one studies the left side of the face of the other. The right eye, in turn, is controlled by the left hemisphere of the brain, the half that is less deft at reading images. Thus people may unconsciously mislead one another by presenting a confident or blank public expression on the right side of the face, where it has a strong effect, and by "hiding" strong emotions on the poorly perceived left side.
more research HERE
In the course of the studies, Sackeim's team found that negative emotions registered heavily on the left side, but positive emotions spread more evenly across the entire face. Says Sackeim: "We believe the two sides of the face are differently involved in experiencing happy and unhappy states." Other researchers have reported "small correlations" between emotional illness and a high degree of facial asymmetry. Sackeim is currently studying these results. "Why should people with greater facial asymmetry report more neurotic symptoms?" he asks. "We don't understand the connection."

Sackeim's interpretation of the evidence is that the emotional left side of the face may have evolved to convey a clear message about feelings—the facial expression is more strongly drawn to compensate for the poor ability of the left brain to read faces. Sackeim's research has also convinced him that the brain's right hemisphere is more heavily involved in expressing emotions than the left. What does it all boil down to, in practical terms? When in doubt about anyone's feelings, just study the left side of the person's face with your left eye. 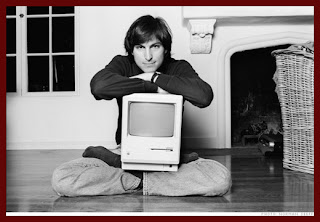 and we all make our way. 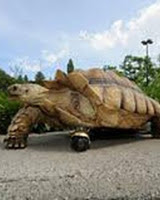