Judgement, Compassion, and the Death Penalty for Luis Aguirre?

Luis Aguirre has been found guilty of Capital Murder by the jury.
Tomorrow he will begin Phase II,
Sentencing for his crimes of taking the lives of Tanya and Juan Maldonado.


Phase II day One: Risk factors click HERE
Should he be sentenced to death?
I'll tell you my opinion. but first, a couple of points:

Two weeks ago, i wrote the following as i began to think Luis Aguirre was manifesting charactreristics of antisocial personality disorder.

"Where there is no compassion, let there be no judgement..." says hervey cleckley, the early sociopath researcher. 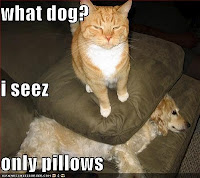 In his book, The Mask of Sanity, Cleckley describes how the sociopath appears in a variety of occupations, always with the narcissistic style of putting oneself first. How do sociopaths get so selfish? The utter lack of empathy?
What is there, or not there?


There are biological, genetic, and sociological components to this terrible disorder of the human soul. 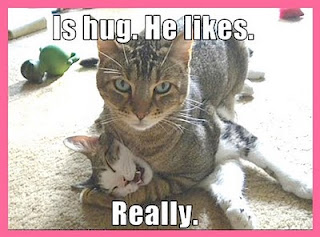 There is also the individual spark of personal journeying we each choose for ourself.

[Today as i head back to the courtroom, i want to remind myself to pray for true contrition from the defendant. Whereas the 2 young victims are now in the arms of Love, i do not wish death on a man before he gets humble. The Truth actually does make one free?] 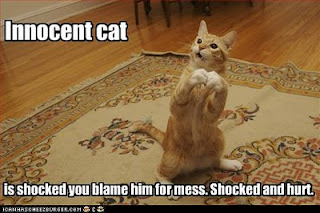 Now, after a two week break before sentencing, i wonder how others are thnking about the penalty of death.
When i was young,
i was "for" the death penalty. Adults i knew supported it.
I remember being told, "It will be a deterrent for THIS guy...This guy will never kill again..." The crimes which were punished by death were so evil
(like this horrible 2007 crime)
that it certainly didn't seem like cruel punishment. They deserved it, right?
It was simple Justice, right?
These monstrous criminals had shown no mercy, they had acted with such despicable cruelty, who could possibly argue that mercy should be shown to them?

Then around 1978 or 1979, i was an undergraduate at Kansas State University and read a letter in the Manhattan Mercury. It was from an older woman named Inez, writing about a pending execution.
She said, Why will the State do what it says is terrible? We must not have blood on our hands. She wrote something i have quoted ever since:
"The mills of God grind exceedingly slow,
but they grind exceeding fine."
Aha.
[This letter, over 30 years later, is still tucked away in a dictionary.]
Her thoughts, along with certain events in my youth, combined with other writings such as the
catholic church's Evangelium Vitae and Humanae Vitae
and led to my no longer seeing any value to the State ending a life.

1. To show mercy is a good thing. It is an example. It teaches. It does not have to do with whether THEY deserve mercy; the mercy is a quality of US, independent of them.

2. Why end a life when contrition and grace for an evil person may come later?
3. [it costs more than to give life in prison]
4. Perhaps there may be a mistake. even if one in ten thousand?
ultimately:
5. Life is a Sacred thing. We really do not know how sacred. We sometimes feel the horror of violence against life when we watch casual killing of children, of entire cultures in war, when we learn of vicious animal slaughter.  Read the Vitaes above for more.

6. I agree with giving the death penalty, so to speak, when it is given en vivo. that is, when one intervenes in the middle of crimes, to stop a crime, to end a killing spree, etc. i have no problem with a person stepping up and "delivering" the death sentence.

[ I don't have any thought that my opinion must be accepted by anyone, especially families who have suffered the greatest loss. ] 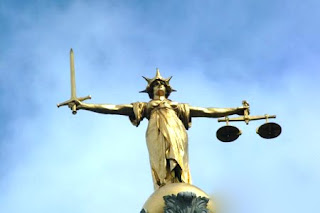 The Mills of God

I would like to hear your views, anonymously is  ok, in the comments below.