Luis Aguirre admits (sort of) to killing his ex-girlfriend and his 13 month-old son (Tanya and Juan Maldonado) in Riley County in the fall of 2009. The lawyers' opening statements today leaned toward addressing whether the murders were premeditated.
[Yes, it is ludicrous to think one could commit TWO accidental felonies in the same day. But let us see where the evidence leads us.]
Juan Maldonado 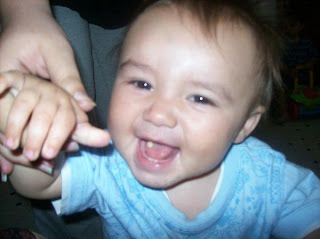 Day 1. The trial began this morning with the well-regarded Barry Wilkerson, county attorney, presenting a calm, methodical opening statement with the gravity and meticulous detail for which he is known and which the heart-wrenching seriousness of the case deserves. He described what appears to be an open and shut case; since there is no such thing we wait for time and the jury to tell.
Wilkerson laid out with slides, pictures, and names of expert witnesses the case he would deliver. Although opening remarks are NOT evidence, Mr. Wilkerson's habit is not to overpromise. He basically told the jury that the State would prove:

that Luis Aguirre picked up his ex-girlfriend and their son in Chicago, brought them to Ogden, dug a shallow grave near the airport, and after the murders put them in the grave. A hunter found the bodies several weeks later, of course with significant damage due to time and animals. But through top-notch police/detective work, and with the help of local experts*, the deceased were identified, a murder case constructed, the accused was arrested, and a confession of sorts obtained.


(*for example, leaves of a certain type/age found under the bodies indicated that the grave was dug well before the bodies were buried, perhaps indicating premeditation?...)

more on relational violence HERE
The courtroom was filled with male lawyers in dark grey suits.
The positions of stenographers and secretaries were filled by women. Reminded me of England in the time of downton abby. But the women behind the scenes, running the court, and those who were expert witnesses, doctors of Microbiology, rounded it out into the 21st century. Two very strong police officers were present and others came and went. (I think being a court stenographer would be fascinating.)


The defense attorneys were Wicks and Freidan, as far as i could hear.Three large brunette men sat at the defense table; the two lawyers and the defendant. The defendant had long black hair pulled back into a braided ponytail. L. Aguirre did not look at the evidence as it was presented. He mainly wrote and looked down.
The prosecution table: two lanky attorneys, Barrys Disney and Wilkerson.
One of whom looks so much like greg House that one wants to ask for an insult.

The Judge is the well-respected Judge Wilson. (who i have now irritated**)
The jurors were
4 men over 40 years old;
8 women under 40 years old (most closer to 20's-30s),
and one young man.
I was the only simple citizen as far as i could tell. A reporter from the Mercury and from Channel 13 were there.
Which contributed to me getting in trouble.
**The Channel 13 reporter brought a camera,
and the judge noted for the assurance of the jury that no shots of the jury would be allowed.
(The WIBW film was without sound.) I had been told at a trial a couple years ago that if the media was let in, photos were allowed. I took a couple pictures and was chastised later. I was not authorized.  It was embarrassing. The sign on the door said no recording devices. I misunderstood. I apologized sincerely and I got permission to post my picture of the channel 13  reporter when i link to her story.
Tomorrow i shall show up in a bathing suit carrying only a pad and pen i guess. The last thing i wanted was to irritate the court.

However, worse than that was the Defense opening statement.
Holy Cow.
Even some jurors looked down at their hands.
The defense attorney came on without the sense of seriousness one might have expected. He knew he had to try to disprove premeditation, so it seemed he decided to be collegial, to create a story with a soap opera mentality.
He talked in half sentences, bouncing ideas around--- she was "high strung", "volatile"; they were like "fire and gasoline"--
there were fights and in-laws problems--there were claims that it wasn't his child--she wanted money--
They were from "Chi-town, the Windy city, home of the white sox,... lots of people live there, a whole other lifestyle from manhattan kansas" that we could not understand...
I felt a ringing in my ears, the blood of surrealism creeping from the courtroom into my head. He basically suggested through offering a platter of innuendos and half statements that these were a pair of violent people, not something we here in manhattan could fully understand.
...a fight, an accidental death; tucking in a child who perhaps was not properly given his shots, too tightly in bed, another accidental death...
Apparently the interviews with the defendant will show his story changing several times.
Heavy to be on a jury.
In the ladies' room before things got started this morning, a woman took a deep breath and muttered a word of encouragement to herself. I saw her seated in the jury box ten minutes later.
Such a heavy task.
Heavy eyelids.
After lunch, it is very difficult to stay alert. Staying awake during some cross examinations is brutal. The judge promised to bring sodas for the jurors tomorrow. They all voted for Caffeine!
I have notes of testimony from the first 7 witnesses. But will wait and post tomorrow. Along with some thoughts about the death penalty.
media stories HERE:
following picture from: 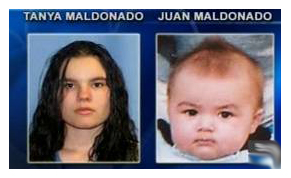 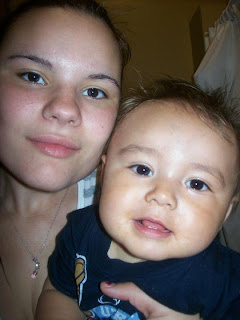