The Bulls Fight Back: The Disgrace of Bullfighting

Here is a video of a bull at a bullfight, jumping into the crowds, causing panic.
It seems strange that humans, families, want to watch a man (or sadly a woman) stick knives into a bull until it dies. Putting the past aside, in our modern age it is a DISGRACE that this spectacle is popular.


The Bull was apparently killed afterwards--
FOR NOT PLAYING FAIR!???

Visit msnbc.com for breaking news, world news, and news about the economy 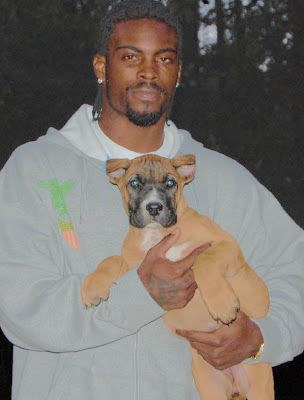 What are the ways forced dogfighting with Michael Vick is any different than forced bullfighting? 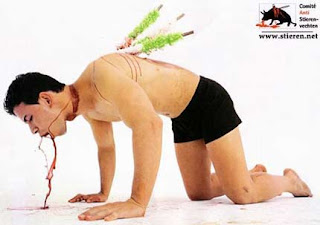 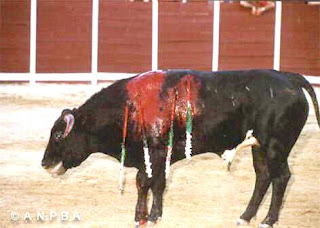 WHY do we want this activity to partly define us as humans?!
Why do we want to manifest ourselves in this way?

Animal Abuse and Sociopathy part 1 HERE
Posted by Katy at 8:40:00 AM