The Insanity: rape of children

The rape of a 5 year old.
https://www.facebook.com/KSUWCLikeUs 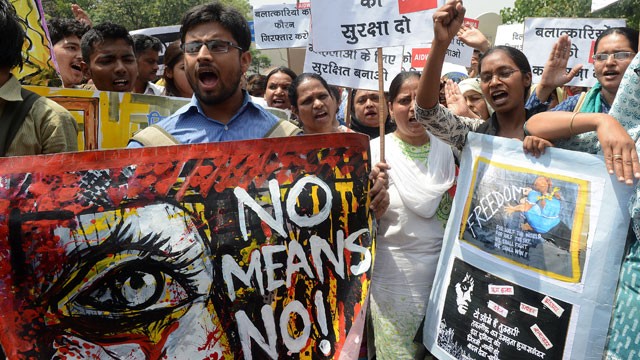 "There have been shortfalls, so the station house officer and his deputy have been suspended," Kumar told reporters.
However, he said that instructions given to police officers since the December gang rape case to report all complaints of rape and molestation had led to a "phenomenal rise" in the number of such cases registered in the city..."