I, like many of You,
at times have felt {sadness, rage, overwhelmed, helpless, urgency, stretched, appalled, frantic, panicky, stone-cold frozen, heartbroken, despair} when contemplating how to use my time and energy, how to pray, where to protest, who to beseech, where to Rail At The Top Of My Lungs,
in order to Make A Difference for those in need of assistance at the moment.

(Unless i could put all in the hands of Love,
where there is Peace, i would surely be a heroin addict by now)

I know a couple of things for sure;
one is that The Power of Love Exceeds All Things.
So, like most of you,
I work and love and play and pray and wait.
I once worked with those homeless folks who were severely affected by mental illness in Washington D.C. One day, some pimps gained entrance into the 30 unit dwelling i managed which housed 68 medicated folks (and me)--and i stumbled into their Big Drug Deal going on in the basement, Large Guns and Paranoia abounding.
I remember blinking a few times, then telling them, You've got to get out of here- the Social work folk and gov'mint people are on their way over to inspect! They looked at me and blinked a few times-- then left in a hurry.  When I left D.C. I had a bullet hole in my truck which was  my little badge of truly having lived in the middle of all the dots on the map printed in the newspapers when stories of D.C. crime and murder were written.
Although I once thought i'd be working to cure schizophrenia, my interests changed when in grad school and i moved away from the laboratory-oriented and more toward the human interaction. What interested me, eventually, was the Good in a person and the evil also available.
I no longer work with folks who are afflicted by schizophrenia or delusional disorders, although i am not afraid to stop and chat with them under the highway overpass, having learned that the really dangerous people in D.C. were actually in a big white domed building down the road.

But no one seems to be angry with me for having changed my focus. I myself am deeply grateful for those who are working to help or cure in the area of severe mental illness. --And who work to assist the hungry, the homeless, the refugees.
Do you ever feel like you should be helping out in Darfur or Congo or Afghanistan? 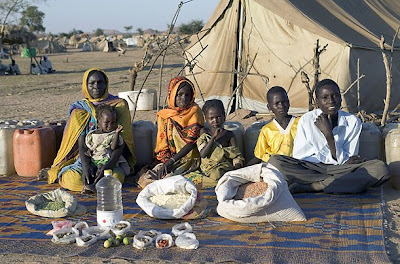 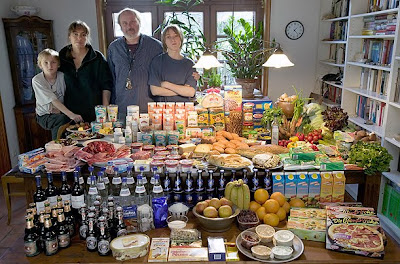 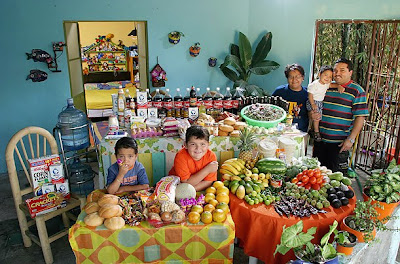 You must choose.
You must decide how you will make a difference.

Can you imagine helping those Haitians crushed by the earthquake and being vilified because you are not helping the Chileans?

What if you are building orphanages in Africa for the babies now alone due to AIDS--and you are taken to task for not helping the American babies orphaned by AIDS? True, the percentage of American babies is very small compared to the epidemic in Africa, but perhaps they hurt just as bad--maybe worse as they are surrounded by those unlike them, rather than being surrounded by the similarly-affected. 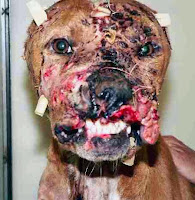 I use hyperbole to make the point. (If you do not understand metphor do not comment)


When one begins to work to end the appalling spectacle of  forced "dogfighting" one is inevitably drawn into the rest of the world of animal abuse and human selfishness, cruelty, or mental disorder.
http://www.usanimalprotection.org/gypsy.htm
http://animom.tripod.com/dogs.html
But you cannot work for each and every one of these causes. I can hardly bear to read about the dolphin slaughter in japan or the other events of human cruelty (so vicious and without conscience i believe i will die of a broken heart attack pondering these things).
http://www.all-creatures.org/anex/index.html

Warning- do not go here without steeling yourself.
I, like many of You, many times feel there is simply not enough time to do all the things I wish.
So--How does one choose?

Where to fight the fight?
There is no refuting that Rape is a common crime.
It is worldwide, it has gone on since the beginning, it is documented in literature, art, stories.
(The reason it was considered so wicked in some cultures was that another man had basically "trampled on" another man's property. Rape as a War Weapon is horrifically documented.)
http://www.rainn.org/
http://en.wikipedia.org/wiki/War_rape
http://www.ndvh.org/get-educated/abuse-in-america/
http://bjs.ojp.usdoj.gov/
http://www.hrw.org/en/news/2007/12/15/us-federal-statistics-show-widespread-prison-rape
http://www.ncjrs.gov/pdffiles1/nij/183781.pdf
http://www.ibiblio.org/rcip/stats.html
The use of Drugs,
surreptitiously given, to incapcitate a would-be victim, is rising everywhere.
I have seen it here in my little village in kansas, Fu'Cryin' Out Loud! http://marysbeagooddogblog.blogspot.com/2010/02/alarming-rise-in-worldwide-drug.html
You have read some of the victim's accounts including being drugged on this blog. http://marysbeagooddogblog.blogspot.com/2010/02/effects-of-acquaintance-rape-on-normal.html
I have worked with several rape victims who were impregnated by their attacker. I have seen the babies and admire adoptive parents.  I have worked with crime victims who were infected with syphilis, gonorrhea, and AIDS. I have worked with many who developed clinical depression, suicidality, heavy anxiety, phobias, and other post-traumatic stress disorder symptoms. Dropping out of school, marriages dissolving, families broken apart. In many years, in two decades as a therapist, an instructor, an advocate, a bartender, and a friend, i have encountered so many affected by this crime that i no longer doubt, as i once did, the big statistics.
To the Point:
All of the recent commenting about False Accusations points toward a whole area of pain and suffering that humans are bearing. Many of the posts insinuated or falsely stated that we here either 1) do not believe there are false reports or 2) that we think it is politcally correct to ignore them for a retribution of some sort. These erroneous and sometimes obscene accusations were made by the very folks who have borne this horrible injustice: to be falsely accused of a vile crime, with all the consequenses that entails--or by their supporters and loved ones.
I would like to suggest that these two areas are being improperly matched.
In fact,
Sexual assault victims and those falsely accused are similar in aspects of the trauma they will suffer.
Sexual Predators and those who Falsely Report are both affected by Selfishness, need for power, perhaps an almost infantile level of ego management, and probably have "warped" personality styles (described below).
My work with assault victims is meant to serve them, male and female, adult and child. And i believe, along with many respected statistical sources regarding U.S. crime, that the overwhelming majority of reports are true. I must stress this in my work because in the past (and present) many victims were not believed.
Having seen the deep deep  frustration felt by rape victims who are not believed, i think i can understand a small bit of the unbearable frustration of the falsely accused.
Not being believed is a stalemate.
It can drive one mad.
To be at the mercy of a liar perhaps must push some into the spiritual realm and the hope, the faith that All will be known and the Truth will be shown to all, for that is all that is left to one without power, when a lie is taken for the truth.
If one does not go to this hope, if one does not have Faith that the Truth will win and that Light will be shed on every thing, one might be driven to anger which becomes hatred. One's body becomes filled with bile and darkness. One's ability to love is shrunken and weak.
I myself made the choice to work with those who are victims of assault. Thus, I advocate for their truthfulness. (I believe i have encountered 2 who lied. I detected a falseness at the first meeting which was amplified at the second. I cannot speak for other countries, but in my experience in several of the United States, lying about rape is a very discoverable lie. The police i've worked with say that they are able to discern usually very quickly, differences between those who lie and that huge number of cases which are not lies.) In working with the court system, we find those who are telling the truth have a very low chance of justice. The accused does not have to prove s/he gained consent; the complainant Must prove beyond reasonable doubt that a felony occurred. One reason this is so difficult is that many elements of rape are also elements of non-criminal behavior. I have seen many guilty men not convicted because our standard of proof is so high. (Read last year's september-october posts for an example)
What makes a person LIE? What makes a person Rape? What makes a person lie about something or Steal something that will have massive consequenses/effects on innocent others? Maybe there are a lot of reasons. People who cheat and steal and rape and murder all lie about it. They all profess innocence. If everyone who professes innocence was telling the truth, i'd like to know, Where did all these DEAD BODIES come from?
Personality types (disordered) that are inflexible, that leave a wake of suffering, betrayal, and confusion are an interesting area of study, because they bring together that choice of self-centered greed or gain or need of some sort which borders on or becomes evil, with the normal natural decent behavior most cultures have come to expect.   Cluster B (dramatic, emotional or erratic disorders) includes the disorders most likely to lie.
Antisocial personality disorder (DSM-IV code 301.7): a pervasive disregard for the law and the rights of others.
Borderline personality disorder (DSM-IV code 301.83): extreme "black and white" thinking, instability in relationships, self-image, identity and behavior.
Histrionic personality disorder (DSM-IV code 301.50): pervasive attention-seeking behavior including inappropriate sexual seductiveness and shallow or exaggerated emotions.
Narcissistic personality disorder (DSM-IV code 301.81): a pervasive pattern of grandiosity, need for admiration, and a lack of empathy. e.g., http://en.wikipedia.org/wiki/Histrionic_personality_disorder

When a person lies about a crime being comitted, again there are a variety of motives which may come into play. One might lie to get insurance benefits. (My stereo was damaged in the mail.) One might lie to cover one's own tracks. (My car, filled with my children, was stolen and driven into a lake)
But those who make false accusations of this appalling crime, and those who commit this appalling crime,  are two of a kind. That sociopathic personality in both males and females is to be avoided when possible, backed away from when encountered, and jailed when offending. I intend to point out this similarity in future discussions about the crime, thus bringing up the point of the false report.
This is common sense and you will not hear otherwise from me. I have decided to ask, when discussing this issue, "Why do you think those falsely accused suffer so much?" and to provoke a deeper look into the crime. So, i will to a small extent, bring your issue into my work.
But one cannot do everything.
To those working for the innocent who bear the terrible burden of the assault on your reputation, i thank you on behalf of us here, who hurt for all those affected by psychological or physical violence, lies, and the theft of the right to a peaceful life.
Posted by Katy at 12:49:00 PM