Rape is a National and Global Problem, Even If You Avoid These Stories. # 4: (Rape of 92-Year Old Woman

KANSAS CITY, Mo. -- "A Johnson County judge sentenced a 21-year-old man to more than 92 years in prison after he was convicted of raping a 92-year-old woman last year. Simon Angilda was convicted in January on 14 counts for breaking into the woman's Leawood home on June 29, 2010, and attacking her. Police said they received a 911 call from the woman at 11:55 p.m. that night asking for help. The line then disconnected.
Police said officers arrived two minutes later, and while looking in a window to see if there was an emergency, officers said they saw a sexual assault in progress. Officers forced their way into the home. One officer was attacked by Angilda.." 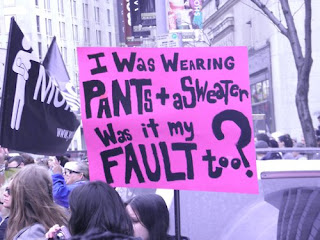 The Right Place at the Right Time:
A Little Story from the Internets…


GOD has a way of allowing us to be at the right place, at the right time.I was walking down a dimly lit street late one evening when I heard muffled screams coming from behind a clump of bushes.
Alarmed, I slowed down to listen, and panicked when I realized that what I was hearing were the unmistakable sounds of a struggle; heaving grunting, frantic scuffling, and the tearing of fabric.
Only yards from where I stood, a woman was being attacked.
Should I get involved?

I was frightened for my own safety and cursed myself for suddenly deciding to take a new route home that night.What if I become another statistic?
Shouldn’t I just run to the nearest phone and call the police?Although it seemed like an eternity, the deliberations in my head had only taken seconds, but already the cries where growing weaker.

I knew I had to act fast.
How could I walk away from this?
No! I finally resolved, I could not turn my back on the fate of this unknown woman,
even if it meant risking my own life.

I am not a brave man, nor am I athletic.

I don’t know where I found the moral courage and the physical strength, but once I had finally resolved to help the woman, I became strangely transformed.
I ran behind the bushes and pulled the assailant off the woman.
Grappling, we fell to the ground where we wrestled for a few minutes until
the attacker jumped up and escaped.
Panting hard, I scrambled upright and approached the woman, who was crouching behind a tree sobbing.
In the darkness, I could barely see her outline,
but I could certainly sense her trembling shock.
Not wanting to frighten her further, I spoke to her from a distance.
“It’s okay.” I said soothingly. “The man ran away. You’re safe now.”

There was a long pause…
And then I heard the words uttered in amazement.
“Son is that you?”

From behind the tree stepped my mother. 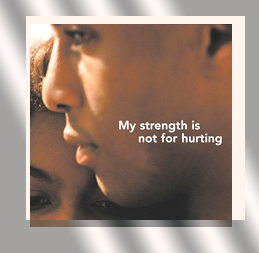