Rape is a National and Global Problem. # 5: (Rape and Murder of 16 year old girl

Excerpt:  Published 6/29/2011 By RACHAEL GRAY
After more than two years in custody, a Garden City teen has pleaded guilty to the December 2008 murder of a Deerfield girl. Joaquin De Anda, 19, pleaded guilty this morning in Finney County District Court to first-degree murder in the killing of Julia Quintana, 16, Deerfield. 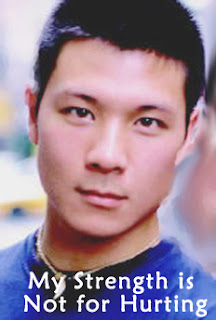 De Anda originally was charged with rape and aggravated and criminal sodomy in addition to the murder charge. The rape and sodomy charges were dropped in exchange for the guilty plea...
Prosecutors Linda Lobmeyer, assistant Finney County attorney, and Lora Ingels are asking for the "Hard 50" sentence, which is life in prison without the eligibility of parole until after 50 years.

De Anda was 17 at the time of the crime but was certified as an adult early in court proceedings...
De Anda was a former classmate of Quintana's at the New Outlook Academy, 1401 Jones Ave. Police said the two individuals were acquaintances at school. Testimony revealed Quintana had gone over to De Anda's house to watch a movie on Dec. 13, 2008.
Freeman-Johnson said this morning De Anda is admitting to having the girl over to watch a movie, then at some point choking her. Freeman-Johnson said he then realized that his actions could end her life, and he kept choking her. De Anda waited for his mother and her boyfriend to leave before moving the body. He stepped on her neck to make sure she was dead, Freeman-Johnson said.
De Anda then took the girl's body up the stairs and dragged her out to the Dumpster, Freeman-Johnson said. ....Specifically, officials said Romero indicated Quintana's condition was "beyond medical help" and suggested that they look in the Dumpster in the west alley behind the residence at 1009 N. Fourth St. In later testimony, Romero told the court she didn't remember telling officials to look in the Dumpster, but said she did notice a change in De Anda's behavior after Quintana had been reported missing. She said his behavior alarmed her and led her to believe he may have been involved in Quintana's disappearance.
Cruz Velasquez said De Anda told him he had raped Quintana, and De Anda seemed proud and was smiling when he spoke of the incident. ...Kathy Gill-Hoppel, director of the Sedgwick County sexual assault nurse examiners, previously testified that she examined Quintana's genitalia and found areas of bruising.

Earlier in the preliminary hearing, Valentin De Anda, Romero's father and De Anda's grandfather, testified on behalf of the defense and said De Anda, who lived with him for a while, never had been in any kind of trouble. He presented letters from schools in Colorado where De Anda previously had been a student that said De Anda was a good student.

However, during a cross examination, Lobmeyer asked about an unresolved criminal case in La Junta, Colo., where De Anda faced arson charges. 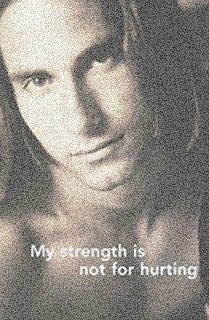