Due to a couple requests, i will post the large version of this Fine Chiuaua. It comes from the calendar i love (see below for link):
click pics to enlarge.  more chiuaua here: http://marysbeagooddogblog.blogspot.com/2009/09/be-good-dog.html 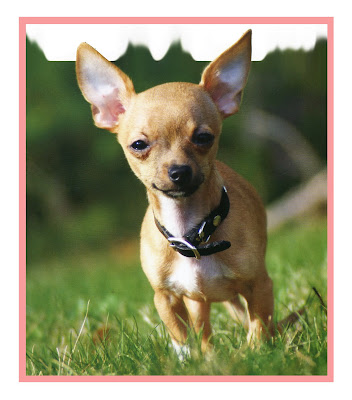 another from The Calendar; 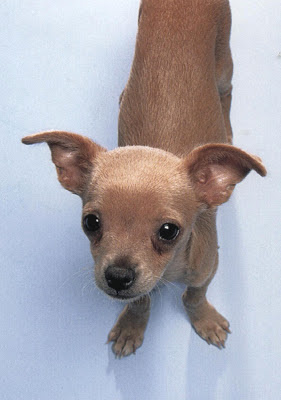 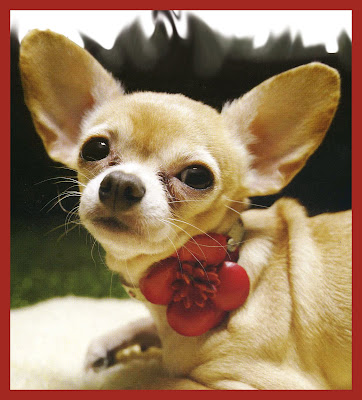 Blond Chihuahua Pup
A guy with a Doberman Pinscher and a fellow with a Chihuahua are walking down the street . . . when they come to a popular restaurant. The guy with the Doberman says, "Hey, let's go in and eat!" The other guy says, "Are you crazy? They won't let us come in there with these dogs!"
The first fellow says, "Sure they will. Watch this!" The Doberman's
owner whips out his dark sunglasses and walks into the restaurant. The host says "Sir, we don't allow dogs in this establishment."  The guy replies, "Oh, this is my seeing-eye dog and constant companion." The host apologizes and seats the man at a table. When the host comes back,
the guy with the Chihuahua, who is also wearing
dark glasses, asks to be seated after pointing out his "seeing-eye dog."
The host says, "Seeing-eye dog?
But sir, that's a chihuahua!"
The guy says, "WHAT? They gave me a chihuahua????"
and in case, this December, you need a pic of the real santa: 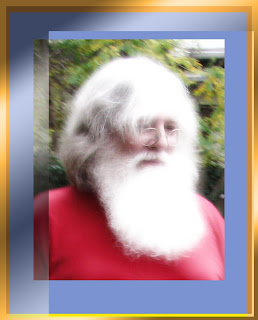 (a santa gracious enough to be photographed; MORE HERE) 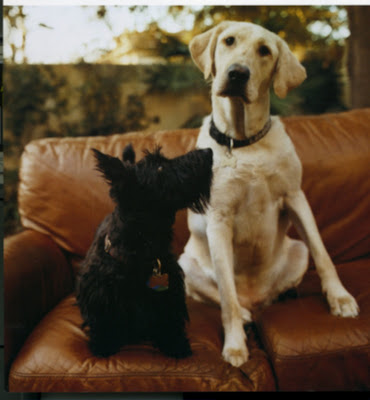 friends (from the calendar) 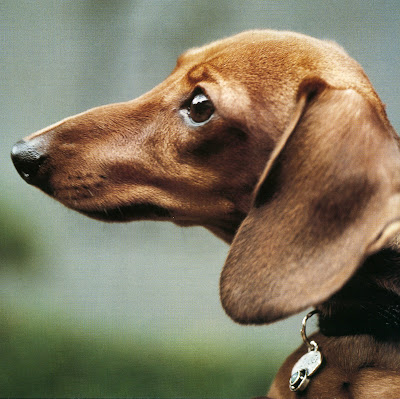 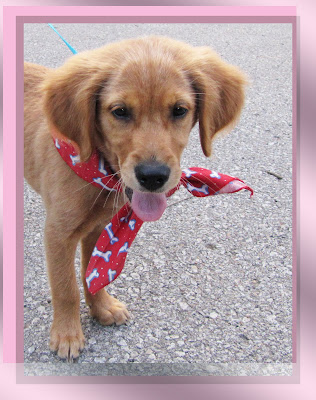 Here is jasmine, the PHINE little chiuaua who loves her mommy: 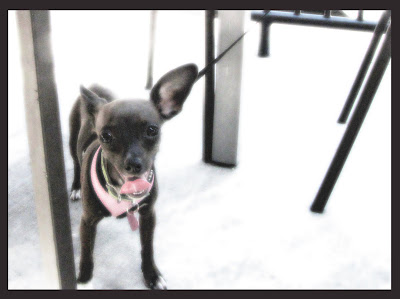 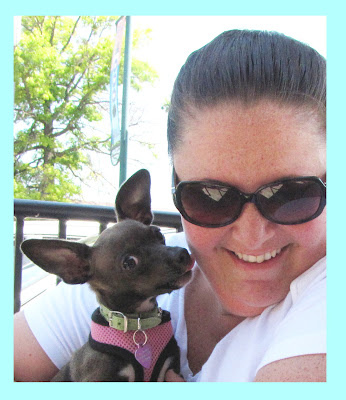 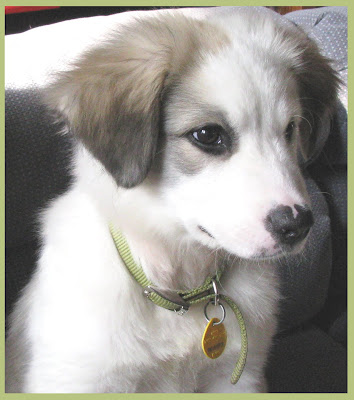 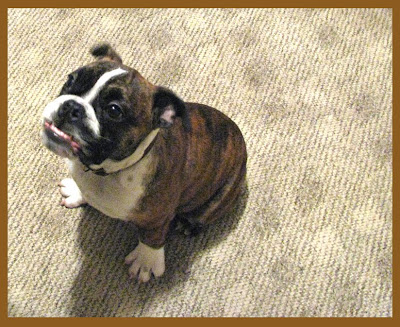 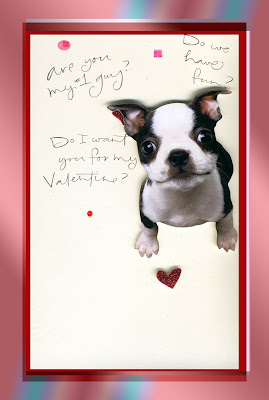 A Shiba from The Daily Puppy. 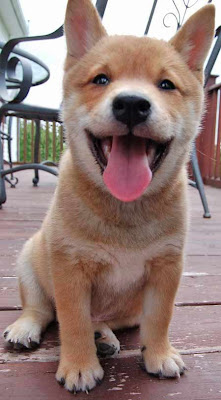