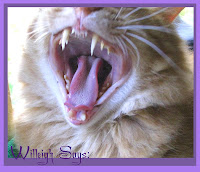 Although i believe that K-State is as safe or safer than any other U.S. campus, until people talk about the crimes that do happen, including the silent ongoing crimes (which tend to be violence against women), quiet epidemics will remain.
Here are just a few of the types of crimes that are sadly, typical--and i know you rarely hear of them.
1) Rapes: --A man rapes a new K-State student in the bathroom at Last Chance. There are no locks on the stalls. (After having this pointed out to management several times, 3 years later there were still no locks on the stalls or the door.)- This event sparked the formation of W.A.R. -- Wildcats Against Rape. http://www.k-state.edu/womenscenter/W.A.R/W.A.R.htm

--Man who became acquainted with woman dancing at Silverado’s offers woman ride home as she is too intoxicated to drive. He takes her to an apartment near Silverado’s where she is gang raped.
--A manager of Silverado’s is charged with raping an underage woman whom he has served alcohol in his bar after hours.
--A woman walks home from Aggieville, her house is less than one block away. A man follows her and pushes her door in as she enters, rapes her.
--a young woman steps out into the ally behind a bar to get a breath of air; an athlete she thought was a friendly acquaintance follows her out and quickly, brutally rapes her against a brick wall and leaves her in shock.

--Two men are victims of rape by men (separate occasions) in Aggieville this past year, and require medical intervention.

2) Druggings: From 2005-2007 I received several reports of random druggings (no assault or theft, but individuals who after one drink are sick and unable to control their bodies. Three of these were of middle age professionals, not students). Evidence pointed to bartenders as perpetrators in some cases.
--About 25-30% of the sexual assaults during these years appear to involve a drug being given. Some resulted in sexual battery, some in rape.
3) Sexual battery: I had 3 reports in the last year of young women who, while in a very crowded bar, experienced a man putting hands under their dresses, into their underwear and into their bodies. For another student this happened while she was climbing into a car while in Aggieville. In one case, the woman saw who the perpetrator was and asked the bouncer to call the police; he merely laughed. (Tubby's) She had to use a great deal of assertiveness to press this issue with the manager. The perpetrator in this case was charged (and had other crimes pending).
This past year, two men drank drinks that were apparently druggesd, and destined for two women that had just left and. One man passed out (in the cold) and woke up outside of McCain Auditorium; the other also lost memory or control of himself for several hours. 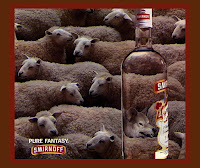 5) Beatings: I have worked with men who have been beaten as they leave Aggieville. I have had several reports that stealing a G.I.’s dog tags is a game among certain fraternities/groups.

6) Robbing/Mugging: Reports common in the dark areas  from Thurston to Kearney and Moro this past year.

There is currently an Aggieville Safety Task Force meeting regularly to address these and other issues in order to make the area safer for all. We have good, generous Aggieville merchants on this committe (along with city and student goverment, military and k-state reps) who work hard to help in this area. Unfortunately, many of the places that need to be involved most are not interested. We will be rating establishments and posting problems by name soon. If you have information you'd like to talk about or questions regarding this, please contact me. 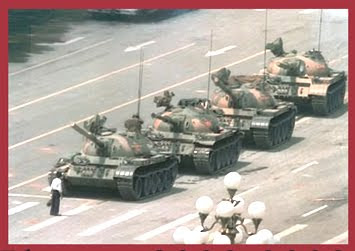