Semi-Random Thoughts About the Sexes and the Culture of Rape

Rape is such a deeply personal violation that those who are assaulted of course find it difficult to speak about it. But as a culture and community, we have a responsibility to speak out loud about the criminal violation of rights sexual assault entails.
If you’re playing darts with some friends in a pub and your wallet is lying on the table, the unspoken rule is that no one touches your wallet but you. Your friends will jump all over someone who tries to break that rule.
Wouldn’t it be great if we protected each other the same way? If there was an unspoken rule that someone’s very person, much more valuable than a wallet, was off-limits unless permission was granted?

An imperative of the needed cultural shift is that boys and men learn that they never, ever, have the right to force behavior or activity involving another person. It is a theft, it is violent, and it is a primitive thuggy behavior. Who is teaching this to our children-- why?

So many men use their strength for helping, not for hurting, and for building up rather than tearing down. 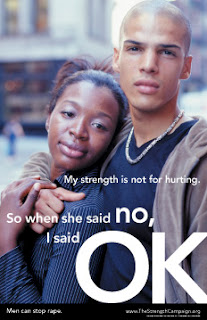 We have this type of man on the K-State campus—and perhaps as more men read and hear about the effects of sexual assault on women, more will become active in changing the culture.

There are absolutely no circumstances that make it acceptable to force sexual activity on another person. It doesn’t matter if a person has been drinking with someone all night, if they have engaged in petting, if they have had sex on previous occasions—without an active, mindful ‘Yes’ it is an assault, a criminal offense, a moral offense, a theft.

Unfortunately many women will excuse their attacker by blaming themselves. Self-blaming is a trap—feelings of guilt and shame can keep a crime victim from getting assistance, as well as prevent her from moving through the stages of healing. Victims of sexual assault need cultural permission to put the responsibility of this crime squarely on the perpetrator—the thief who denied them the choice. 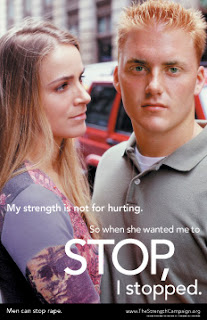 Looking at the perpetrators for a moment, consider someone who wants to intoxicate their date with alcohol or drugs to the point where they are unable to respond or interact meaningfully. How utterly pathetic and Neanderthalesque that a human would want to engage in activity not freely given. The idea that something as intimate and personal as sexuality might be taken violently or with trickery goes against the direction of all human respect, morality, and intelligence.

It’s important to talk about difficult things, and after someone who has been victimized by sexual crime has done grief work, and addressed the physical, emotional, and relational aftermath of rape, and has moved on—it is still important to talk, if not for herself anymore then for others, to revive hope in those who have not yet found a voice to begin their own healing. I thank those who have given me their stories. I will be posting many more next week.

The accounts crime victims give me reflect two sides of the story: the violent, evil, unasked for intrusion into their life that forms the ugly side of the story, as well as the restorative side, comprised of healing and growth, of finding a strength, endurance, and spirit inside that many women did not know they had.


The Art of Rape


The Art of Rape by mary Todd 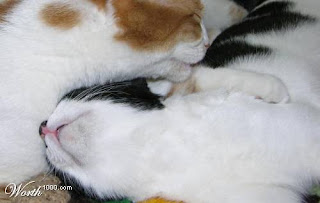 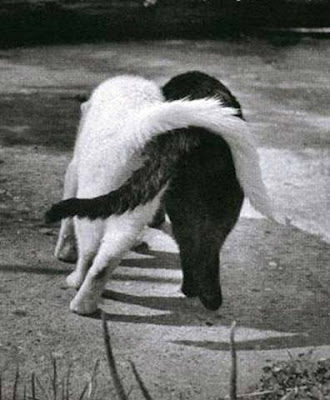 cat photos are from internet images and logos were designed by me for the production, The Art of Rape by Mary todd
Posted by Katy at 6:08:00 PM