"What, then, to do about Jesus of Nazareth?" 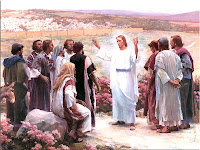 Listen below or click here   Lyrics:
Good Caiaphas, the council waits for you.
The Pharisees and priests are here for you.

Ah gentlemen, you know why we are here.

We've not much time, and quite a problem here
MOB (outside)
Hosanna! Superstar!
Listen to that howling mob of blockheads in the street!
A trick or two with lepers, and the whole town's on its feet.
He is dangerous! MOB (outside) Jesus Christ Superstar!

MOB (outside) Tell us that you're who they say you are.
The man is in town right now to whip up some support.
A rabble rousing mission that I think we must abort.
He is dangerous! Jesus Christ Superstar!
He is dangerous!
Look Caiaphas, they're right outside our yard.
Quick Caiaphas, go call the Roman guard.
No, wait! We need a more permanent solution to our problem.
What then to do about Jesus of Nazareth?

Miracle wonderman, hero of fools.
No riots, no army, no fighting, no slogans.

One thing I'll say for him -- Jesus is cool.
We dare not leave him to his own devices.

His half-witted fans will get out of control.

But how can we stop him?
His glamour increases
By leaps every moment; he's top of the poll.

What then to do about this Jesus-mania?

Now how to we deal with a carpenter king?
Where do we start with a man who is bigger
Than John was when John did his baptism thing?
Fools, you have no perception!
The stake we are gambling are frighteningly high!

If  you ever watched the musical or stage version of Jesus Christ, Superstar, you might remember the scene in which the sanhedrin were perplexed about the popularity of Jesus Christ.
Apparently, Lazarus had been raised from the dead in front of buku witnesses; when Jesus arrived in Jerusalem everyone was hailing him.
This was too much!
and this song has kept going through my head this past week,
although i haven't seen the play or movie for years.
As they grumble together, they sing,
"What then,
to do about Jesus of Nazareth?"
around 2:05 in the youtube they break into this lyric.
2.17: Priest: "(this Jesus brings) No riots,﻿ no army, no fighting, no violence..."

Caiphas: "One thing I say for him... Jesus is coool"
I am finding this an interesting question for philosophers and economists alike. 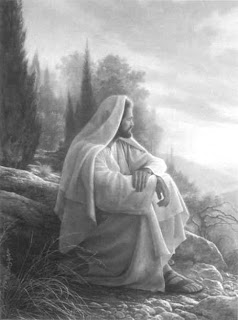