Are You Ready to Die? (How to clean things up, live well, Be Present) An Exploration

If I die today, it will be because of a Broken Heart.
(I know You have heard of it—
You may have already experienced the actual fact
of Your Heart taking on the pain of Another)
There are many
who would have died of a broken heart
had not The Wisdom behind the universe decided to
Allow them to continue
To bear the sadness during

What else is to be given?
What else can be shown?
What further witness can be given?

If you were living the life you could--with no impediments--
what would your life look like?
What trail do you leave?
Who was better off in the hard places of life because of you (or does the random collection of flotsam and jetsom, the ever-increasing complexity of molecular adaptation called life, have no soul--?)
What about the children and the poor dying each day in suffering and loneliness?
Mother Teresa had aCclear Sight that she was unable to allow them to die alone*.

What is it we need to do?

This makes me need to
put forth pen to paper
the
Unified Theory of Life, Death, Love and Evolution. See you shortly...

*Is comforting the dead such an act of mercy?[Like a scene from tom hanks' Pacific, as the soldier holds an Okinawan Woman as she dies-- 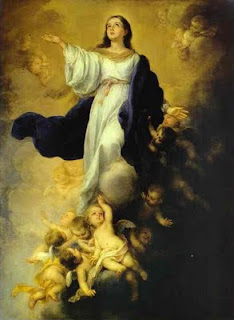 My thought for the day: stop judging people.
(harder on an unconcious level than it sounds)

or really,
making all sorts of judgements about interiors (See the Four Agreements)
the "sweetest person" may be a terrible gossip or child molester.
the "assumed wickedest" person may be kinder than You!
you have No Idea. quit worrying about it.
what POSSIBLE good can it do?
you think you can change someone by yelling at them, snarking about them, or getting others to hate them ?

I have seen the pain some folks are enduring due to others' judgements.
dont't do it! i wonder that some can bear it.
Only humility makes injustice bearable.
(Imaging the judging of Mary by her neighbors, if Joseph wasn't there. Strike judging out of our to-do list!?)
Posted by Katy at 1:01:00 AM